Bell’Italia! Italy has Europe’s richest, craziest culture—bubbling with emotion, corruption, traffic jams, strikes, rallies, religious holidays, crowds, and irate ranters shaking their fists at each other one minute and walking arm-in-arm the next. Promise yourself to relax and accept it all as a package deal—the exquisite and the exasperating. If you take Italy on its own terms, you’ll experience a cultural keelhauling that actually feels good.

After all, Italy is the cradle of European civilization—established by the Roman Empire and carried on by the Roman Catholic Church. As you explore Italy, you’ll stand face-to-face with some of the world’s most iconic images from this 2,000-year history: Rome’s ancient Colosseum and playful Trevi Fountain, Pisa’s Leaning Tower, Florence’s Renaissance masterpieces (Michelangelo’s David and Botticelli’s Venus), and the island city of elegant decay—Venice.

Beyond these famous cities, there’s even more: German-flavored Alps, timeless hill towns, peaceful lakes lined with 19th-century villas, the business center of Milan, and Mediterranean beaches like the Cinque Terre. Italy is reasonably small and laced with train lines and freeways, so you’re never more than a half-day’s journey from any of these places. Wherever you go, Italy’s top sights are its people. They’re outgoing and social. They have an endearing habit of speaking Italian to foreigners, even if they know you don’t speak their language—and it somehow works. If a local start chattering at you in Italian, don’t resist. Go with it. You might understand more than you’d expect.

interact with the people you meet—in the streets and in the shops. Any town…any day…you’ve got fun-loving friends just waiting to meet you.

Italian food is a cut above. If America’s specialty is fast food, Italy’s is slow food—bought daily, prepared with love, and enjoyed convivially. Three-hour restaurant meals are common; dinner is the evening’s entertainment. To “eat and run” is seen as a lost opportunity. Wine complements the meal; Italy is the world’s number-one wine producer (just ahead of France). For just a quick sandwich or a coffee, Italians stop by a bar. The bars aren’t taverns, but cafés…good for a light meal anytime, with all ages welcome.

Early evening is the time for the ritual promenade—called the passeggiata—up and down main street. Shoppers, people watchers, families, and young flirts on the prowl stroll and spread their wings like peacocks. You might hear sweet whispers of “bella” (pretty) and “bello” (handsome). You can be a spectator, sipping a drink at a sidewalk table, or better yet, join the promenade, with a gelato in hand.

As you stroll, it’s fun to window-shop. While no longer a cheap country, Italy remains a hit with shoppers for glassware and Carnevale masks in Venice; gold, silver, leather, and prints in Florence; and high fashion in Rome and Milan.

Culturally, there are two Italys : The North tends to be industrial, aggressive, and “time is money” in its outlook (though Venice is a world apart). The South is hotter and more crowded, poor, relaxed, farm-oriented, and traditional; families usually live in the same house for many generations. Loyalties are to family, city, region, soccer team, and country—in that order.

Italians are obsessed with soccer (called il calcio). Star players are treated like movie stars, and fans are passionate. On big game nights, bars are packed with men watching TV screens. After a loss, they drown their sorrows. After a victory, fans celebrate by driving through the streets honking horns and waving team flags. Home of the Vatican, Italy is still mostly Catholic. Although Italians will crowd into St. Peter’s Square with rock-concert energy to catch a glimpse of “il Papa,” they’re not particularly devout. They baptize their kids at the local church (there’s one every few blocks), but generally don’t attend church regularly and hold modern opinions on social issues, often in conflict with strict Catholic dogma. Italy is now the land of legalized abortion, a low birth rate, nudity on TV, socialist politics, and a society whose common language is decidedly secular. The true dominant religion is life: motor scooters, fashion, girl-watching, boy-watching, good coffee, good wine, and il dolce far niente (the sweetness of doing nothing).

Italians are stylish. They strive to project a positive image in manner and dress—a concept they call la bella figura. They’d rather miss their bus than get sweaty and mussed-up rushing to catch it. And no matter how hot it gets, Italian men wear long pants—not shorts (except at the beach).

Traditions remain important. On festival days, locals still dress up in medieval or fanciful garb to celebrate Carnevale (Venice), play soccer (Florence), or race horses (Siena). Traditional ways are carried on by choice. Italians are wary of the dangers of a fast-paced global lifestyle. Their history is long, and they’re secure in their place in the world. Zero in on Italy’s fine points and don’t dwell on the problems (just call them “cultural experiences”). Savor your cappuccino, dangle your feet over a canal (if it smells, breathe through your mouth), and imagine what it was like centuries ago. Ramble through the rabble and rubble of Rome and mentally resurrect those ancient stones. Sit silently on a hill-town belvedere and get chummy with the winds of the past. Write a poem over a glass of local wine in a sun-splashed, wave-dashed Riviera village. Italy is for romantics. 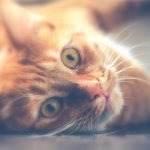 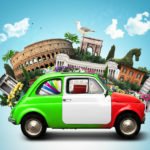