It’s an all-too-familiar feeling. Your body temperature starts to creep up, your sinuses begin closing up and maybe chills rush through your body. You guessed it: you’re sick. However, that persistent fever and those lingering aches are actually trying to protect you. As you sniffle and cough, your immune system is at the ready, setting up its defenses against a foreign invader.

“Our immune system could almost be considered its own individual organ,” says Tania Elliott, M.D., an attending physician at NYU Langone Health. This intricate defense mechanism starts with white blood cells on the frontlines. While there are three main types of white blood cells, two of them help the immune system fight off foreign invaders — B cells and T cells, also called lymphocytes. T cells include both helper T cells and killer T cells.

B cells and helper T cells fight off bacteria and viruses by making antibodies, which are Y-shaped proteins specific to each pathogen that can lock on to an invading cell to signal the rest of the immune system (including killer T cells) to destroy the pathogen.

B cells fight off invading bacteria, while T cells tend to focus on warding off viruses and fungi. All of these cells, however, provide a full-body barrier as they learn about and attack threats so that they can better protect against them when they reappear. Immune cells line many of the body’s entry points for illness, such as the respiratory tract, including the nasal passages and lungs.

“Depending on where the initial foreign invader comes through your body, those immune cells all of a sudden get activated. It’s basically like, ‘Oh my gosh, this is something foreign. We need to do something about it,’ and then [the immune system] deploys either T cells or B cells based on what type of foreign invader it is,” Elliott says.

However, the immune system can go into overdrive and begin attacking various organs rather than defending them, leading to what’s referred to as a cytokine storm. This ravaging attack, seen in diseases such as COVID19, can cause multiorgan failure and turn the immune system against itself.

So if this complex network of immune cells is indeed working to keep us safe, why do we get annoying symptoms such as fever when we get sick? It turns out that’s part of the immune system’s defensive strategy. Those symptoms aren’t necessarily byproducts of the illness itself but rather the body’s way of creating an inhospitable environment for the virus.

One way the immune system ramps up its defenses is by smoking out the virus and causing a fever. While many bacteria and viruses can survive within a normal body temperature, they struggle to withstand high temperatures. Cytokines are one example of cells that trigger the body to run a fever, by signaling the hypothalamus, an area in the brain also referred to as the body’s thermostat.

Cytokines tell the hypothalamus to increase your overall body temperature, making it more difficult for the virus to survive. You may feel sudden rushes of chills and need to cover yourself in additional layers or blankets, or you may flip between feeling hot and cold. This is the fever setting off alarm bells in your immune system to try to evict the foreign agent.

“Your immune system is trying to make an environment that’s uncomfortable for the virus or bacteria that’s invading you, so it’s like, ‘Well, let’s smoke them out with heat,’ or ‘Let’s try to flush it out with increased mucus production,’ ” says Elliott. “And the more robust the response you have is based on whether or not you’ve seen that type of infection before.”

So when an illness that you’ve had before enters your body, your immune system remembers it and is able to quickly set up its defenses. Elliott likens this familiarity to how vaccines work to protect against future illness. “Your body remembers, ‘Oh gosh, that’s something foreign. Now let me activate my immune system very quickly.’ With something that maybe is a relatively new invader that your body’s never seen before, sometimes it takes a little while, and the virus or bacteria spreads a little bit more before your immune system gets activated enough to start to fight it off,” she says.

While stocking up on medication and soup can help alleviate some of the discomforts that come with getting sick, Elliott recommends even more basic strategies. “Rest and hydration are really important, and then things to minimize stress. I cannot overestimate the importance of stress reduction and just make sure you do your best to remove stressors from the environment,” she says.

Whether it’s taking a bubble bath, cozying up on the couch with a book or lighting an aromatherapy candle, getting some R&R could make all the difference. According to Elliott, if the body is chronically burdened with low levels of stress and then gets hit with a spike of extra stress—a tight work deadline, an overly busy schedule at home—you are more likely to suffer longer and worse side effects when you do get sick, and it will take longer to recover.

As for hydration, water and electrolyte-rich drinks such as sports beverages and coconut water can help to replenish sodium and potassium levels. However, many flavored drinks are also high in added sugars, so choose something made with natural sweeteners that’s also high in essential vitamins, such as vitamin B.

Elliott also recommends consuming foods packed with immune-boosting vitamin C to ward off illness. While orange juice is an obvious goto, many other citrusy foods can help you get back on your feet as well. Half a cup of red acerola cherries, for example, contains more than 900% of the daily recommended value of vitamin C, and red and green chili peppers contain between 70% and 120%. You might consider mixing those peppers into your dinners, and the cherries could add a colorful splash of red to your morning smoothie. If you’re looking to switch up your salads, you might try adding vitamin C–rich options such as kale, spinach, broccoli, grapefruit and strawberries.

As for the old standby, it turns out your mom might have been right that chicken soup is beneficial when you’re under the weather. Early research out of the University of Nebraska Medical Center, published in the journal CHEST, found that chicken soup may help alleviate the symptoms of upper-respiratory tract infections.

“We found chicken soup might have some anti-inflammatory value,” researcher Stephen Rennard, M.D., said at the time of publication. The soup in the experiment, referred to as “Grandma’s Soup,” included chicken, onions, sweet potatoes, parsnips, turnips, carrots, celery stems, parsley, salt and pepper.

Additionally, some research suggests that taking zinc within the first couple of days of developing a cold may help alleviate symptoms, Elliott says. Many people who are zinc deficient can benefit from taking supplements, but it can also be a versatile addition to most meals. Dietary sources of zinc include lean meats (such as chicken and turkey), eggs, seafood, lentils, nuts, seeds and soy products.

Legumes, such as chickpeas, lentils and beans, have much smaller amounts of zinc. For example, 100 grams of lentils contain about 12% of the daily value. However, lentils also contain antioxidant compounds called phytates, which make zinc from legumes more difficult to absorb than zinc from animal products. Getting too much zinc can lead to nausea, vomiting, loss of appetite, stomach cramps, diarrhea and headaches, so consuming it in moderation is key.

And though it’s easy to get caught up in the 24/7, go-go-go motions and ignore those pesky symptoms when they crop up, taking a sick day early might just help you get back on track and back to feeling healthy sooner. “The longer you wait to seek care and start treating your body better, the longer your recovery is going to be,” Elliott says. “So making sure you get to sleep, making sure you stay hydrated and taking it easy is really important. 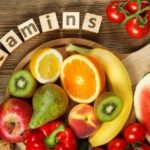 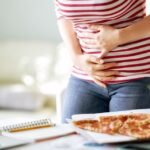