People living in sunnier areas of the world are less likely to develop this chronic condition, which causes the immune system to attack the body’s own central nervous system, according to a study published in Neurology.

Even moderate UVB exposure — between 4 and 10 hours a week — was shown to lower the risk of MS in women under 40 by as much as 65% compared with those in less sun-drenched areas.

(Although being outdoors, particularly during the summer months, can be beneficial no matter where you reside.) The researchers believe the reason may be related to sunlight’s effect on vitamin D levels, since deficiency in this nutrient has been linked to an increased risk of developing MS. But it may also have to do with sunlight itself and its direct effect on the immune system.

“Light is the most powerful signal for the brain and internal body clock, helping to regulate sleep and wake activity, appetite, mood, alertness and attention,” says Phyllis Zee, M.D., Ph.D., a neurologist and sleep specialist at Northwestern University in Chicago. The research she published in the Journal of Clinical Sleep Medicine

found that workers who got more light during the day—by sitting near a window, not from being in the sun directly— averaged 46 more minutes of sleep on work nights (and almost two

hours more on free nights) than those who toiled in darker environments. Studies have also shown that when sunlight hits your skin, it stimulates the production of serotonin, a feel-good hormone linked to improved mood, energy and alertness and to less depression and anxiety.

Zee’s research also suggests that getting sunlight early in the day may make it easier to maintain a healthy weight. (Again, we’re talking light exposure, not necessarily direct sun exposure.) Compared with afternoon and evening rays, she says, “morning light contains bright, short-wavelength blue light that has the strongest effect on synchronizing your circadian rhythms, which control hormones and chemicals that regulate appetite and metabolism.” In Zee’s study, people who got plenty of a.m. light had a lower body mass index — an average of 25 — while others exhibited more than a one-point uptick in BMI for each hour of light exposure later in the day.

To harness the benefits, she suggests opening your shades when you wake up and aiming for at least 20 to 30 minutes throughout the morning and early afternoon.

A study published in the Journal of the American Heart Association analyzed more than 45 million blood pressure measurements recorded over three years and uncovered a clear pattern of lower systolic blood pressure—the top number on a blood pressure reading—during summer compared with during winter.

The effect was independent of outdoor temperature, and the researchers think UV rays are the X factor. Sunlight may increase levels of nitric oxide, a molecule that helps blood vessels dilate, which in turn lowers blood pressure. Still, JoAnn Manson, M.D., Dr.P.H., chief of preventive medicine at Boston’s Brigham and Women’s Hospital and a professor of medicine at Harvard University, says more research is needed and that the best treatment remains a healthy, low-sodium diet and medication.

DO YOU REALLY NEED SOME (SPF-FREE) RAYS?

It’s a head-scratcher, for sure. On one hand, sunshine offers lots of bona fide health benefits, but you also know that UV rays are a major risk factor for skin cancer, the most common cancer worldwide, according to the Skin Cancer Foundation. Plus, sun exposure causes 90% of premature skin aging. Is there a Goldilocks amount that will give you the perks without the perils?

There has been debate about whether wearing sunscreen cancels out the benefits of the sun — particularly when it comes to vitamin D production. You may have seen recommendations to spend a short time outside sans SPF (skin protection factor), say 10 to 15 minutes, to ensure you don’t miss out.

However, Elizabeth Hale, M.D., senior vice president of the SCF and a clinical associate professor of dermatology at NYU Langone Medical Center, says you can use SPF and still get all the rays you need while practicing other safe sun habits, like seeking shade during peak sun hours and wearing a wide-brimmed hat, sunglasses and protective clothing. How is that possible?

For starters, no sunscreen blocks 100% of UV rays. An SPF 30, for instance, filters out only 97% of them. Additionally, research shows that the vast majority of people don’t use sunscreen exactly as directed. We fail to use a high-enough SPF (15 or higher), put on enough to cover 100% of our exposed skin or reapply as frequently as we should (about every two hours). This incidental sun exposure gives your body plenty of opportunities to make vitamin D, says Hale.

(Should you strive for SPF perfection? Yes. But even so, you’ll likely get enough sun.) The vitamin-D-rich foods in your diet, along with a supplement or daily multi, should safely fill in any gaps. In other words, there’s no need to go out of your way to soak up the extra sun. 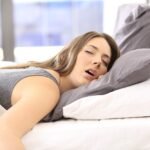 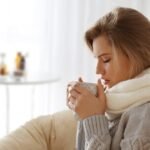